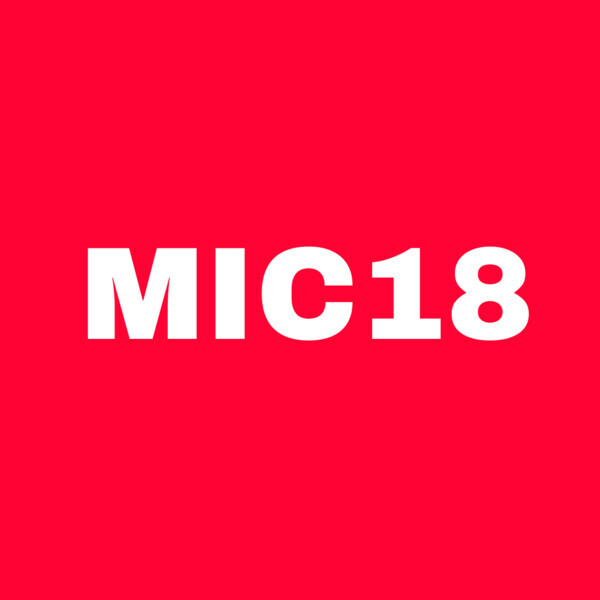 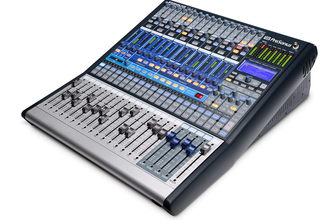 The StudioLive 16.4.2 is a great choice for those who want to mix smaller shows and worship services, and it’s a great choice for small club systems, portable churches, small bands, corporate applications, educational institutions, and anywhere you want a rack-mount mixer. It’s the perfect hardware core for a project studio.

Or daisy-chain two StudioLive 16.4.2s to form a 32x4x2 performance and recording console for mid-sized shows and events.

Yet despite its many controls and features, it’s compact, rack-mountable, and easy to transport.

Build live mixes that glisten with clarity and detail—then record and enhance the performance with the power of StudioLive 16.4.2. Get creative in the studio. Build mixes, loops, sound effects, and more, then bring them out to yourshow and mix them with the live performance. Process channels using your favorite plug-ins and completely automate your entire performance.

You can say goodbye to that problem if you use a 16.4.2 and an Apple iPad®! With StudioLive Remote for iPad—available free from the Apple App Store—you have complete, real-time, wireless remote control over Virtual StudioLive, which in turn offers real-time control over the StudioLive mixer. As long as you have a wireless connection between your iPad and computer (and are connected via FireWire to the 16.4.2), you are in control of the console. StudioLive Remote is easy to use, provides control of almost every feature of the StudioLive, and looks and feels like an iPad app should.

If StudioLive 16.4.2 were an analog console, it would have 4-foot-long channel strips packed with knobs and buttons or it would require a massive outboard rack of expensive signal processors! That’s because each channel has its own compressor, limiter, gate, 4-band semi-parametric equalizer, and high-pass filter. In all, we’ve packed 31 compressors, 31 limiters, 31 gates, 16 high-pass filters, and more, into one remarkable Fat Channel.

The StudioLive 16.4.2′s 4 dual, 31-band graphic equalizers can be applied to the main, subgroup, and aux outputs so you can compensate for room acoustics, speaker response, and much more.

If you have a computer with 6-pin FireWire, you have a 32-track digital recorder instantly ready to capture your gig, church service, or presentation. That’s because StudioLive 16.4.2 features a tightly integrated FireWire interface that delivers up to 32 channels of recording and up to 18 channels of simultaneous playback. Each FireWire recording channel can be set to record either pre- or post-Fat Channel signal processing, delivering total flexibility and power.

Just two mouse clicks engages Capture™ recording software. When you install it on your laptop, it automatically “maps” to the outputs of the 16.4.2 to automatically record all 16 input channels—or 32 channels if you’ve chained two StudioLive 16.4.2s.

Synchronization to your computer is stable and robust, thanks to JetPLL™ synchronization technology, resulting in greatstereo separation and clear, transparent audio.

Need more than 16 channels for mixing and recording? Daisy-chain two StudioLive 16.4.2s via their FireWire ports to get up to 32 input channels and 8 submix buses. You can still record and can simultaneously control the StudioLive with Virtual StudioLive for Mac and Windows and StudioLive Remote for iPad.

If you need more than 16 channels for recording, and you don’t need a full channel strip for the additional inputs, you can daisy-chain a StudioLive 16.4.2 with any PreSonus FireStudio-series interface. It could not be simpler.

Your mixing and recording needs aren’t necessarily exactly the same as everyone else’s. That’s why we created a StudioLive family of digital mixers, starting with the StudioLive 16.0.2, 16.4.2, and 24.4.2.

Why choose StudioLive 16.4.2 rather than StudioLive 16.0.2? The StudioLive 16.4.2 has more mic preamps, more FireWire streams, more graphic EQs, longer-throw faders, more bands of semi-parametric EQ, and more meters than the StudioLive 16.0.2, and it can be rack-mounted without requiring an adapter. It has digital outs and analog direct outs, and you can daisy-chain two 16.4.2s to create a larger system; the 16.0.2 does not have these features.

On the other hand, the StudioLive 16.0.2 is more compact and lighter than the 16.4.2, it’s less expensive, and it has a very cool feature that the larger StudioLives don’t offer: MIDI control over main output level, effects levels and routing, and Scene change.

You’ll see what we mean about intuitive ease-of-use. You’ll hear what we mean about Class A preamps, rich DSP effects, and overall sound quality. And when you have seen and heard it for yourself, you’ll understand why your new mixer should be a StudioLive—the most exciting small-format digital mixer on the planet. 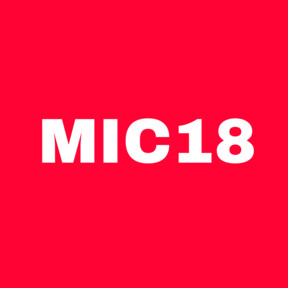